Hello Friends, Today we are going to learn about the While loop and Do While loop in C Language.

While loop and Do While loop are also a type of loop about which we are going to know with the examples in detail.

What is While Loop In C

While loop is a way to repeatedly run a particular statement or block in a program to a particular condition.

While loop is also called pre-tested loop or entry-controlled loop. Because while loop has first condition check as if statement, after that if condition is true then the control enters into the body of the loop (which is covered by the curly bracket {}) and runs the statements inside it

While loop is the easiest structure Loop Statement in C language.

While loop is used in C language when we do not know how many times the statements inside the body of the loop have to run.

If there is only one statement, then even if it is not covered with a curly bracket, it works.

But if there is more than one statement in the body of the while loop, then it has to be covered with curly bracket {}.

I suggest you should always cover the while loop with the curly bracket even if it contains a single statement. This makes the code easier to read.

Syntax of While Loop

While loop has two parts -:

In the example above (num <= 10) there is a test_expression.

See the example program we created above, in it, we have written num ++, this is an update expression incrementing the value of num variable.

To understand the while loop more, let us now create a program.

Example Program of While Loop

We are going to create a program in which we will print the values ​​from 1 to 10.

In this program we have int i = 1; I did a variable declare named i and stored 1 in it.

i++ in the body of the while loop; Is a statement with the help of which we are increasing the value of the i variable.

Thereby comes a time in which the value of i variable becomes larger than 10 and i<= 10 condition becomes false. The control then exits from the while loop.

The output of this program will be something like

Now let us know about Do While Loop

What is Do While Loop in C

Note –  the condition is true or False, in the Do While loop, the statement inside it runs once.

Syntax of Do While loop

Note – After writing While (condition) in Do While loop, it is necessary to apply semicolon in the end, whereas it was not in the while loop.

The Do While loop is also called the post-tested loop or exit controlled loop because in the Do While loop, the condition is checked at the end of the block

Let’s understand the Do While loop by making a program and understand it better.

Example Program of Do While Loop

Look at this example program above, in that we first created the i variable and stored 2 values ​​in it.

Then we created a body of do-while loop inside which we used the printf () function to print “Hello World”.

At the end of the body of the do-while loop, we have written the condition i<= 1, which will check if the condition is false because the value of the i variable has increased due to which i<= 1 is not true.

Because of which the condition will be false, the control will come out of the do-while loop.

If you want to try this program by running , then you can try it by clicking on the demo button below.

The output of this program will be something like this. 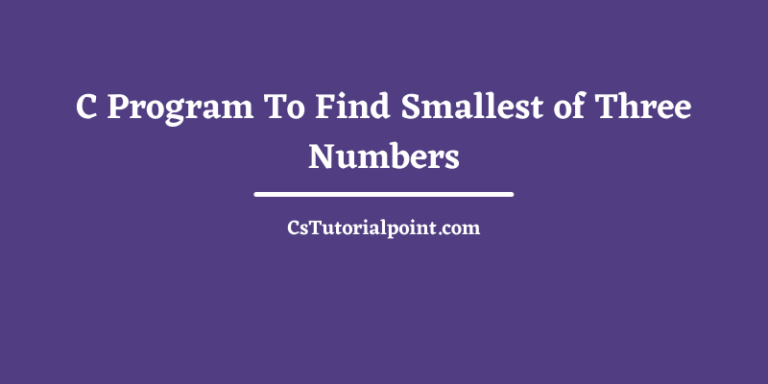 In this article, we are going to write a c program to find Smallest of Three Numbers. We will make this… 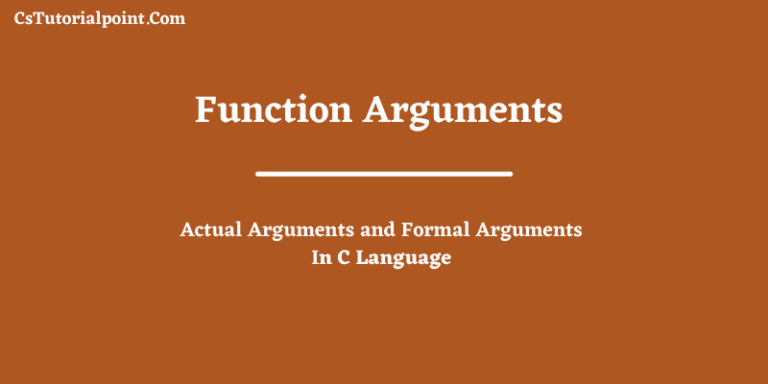 Hello friends, in today’s article we are going to talk about Function Arguments or Function Parameter. Today we will learn… Hello friends, in today’s article we are going to talk about typedef In C Language Today we will learn in… Hello friends, in today’s article we are going to talk about NULL Pointer In C Language Today we will learn… 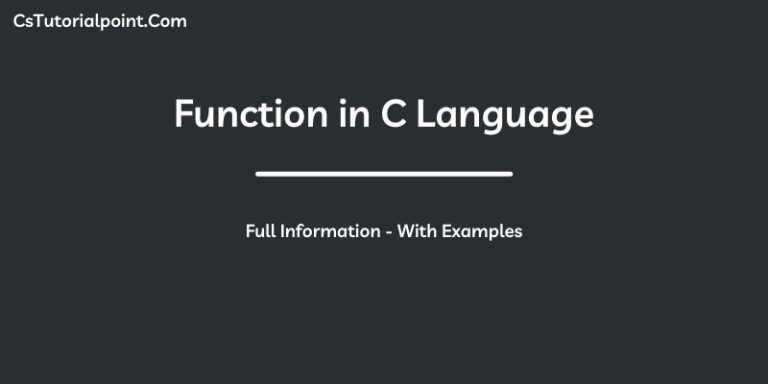 Hello friends, today we are going to talk about Functions In C Language. In this article, we will learn in…