Hello friends, in today’s article we are going to talk about Floppy Disk.

Today we will learn in detail about what is a floppy disk. How many types of Floppy Disk? And what are the advantages and disadvantages of Floppy disk

So without wasting time let’s first understand what is Floppy Disk.

What is Floppy Disk?

It is used to store electronic data (such as computer files) in computers.

It was a primary removable storage medium used in computers, which could be easily removed from the computer if needed. It is also called mini disk.

This is an expensive Secondary Storage Device which was made by IBM in 1967, it was a portable storage device that used to read/write in computers.

When it was first invented, users were not able to write data like CD-ROM.

Its size was 8 inches, which could store only up to 80KB of data, although in later versions, up to 800KB of data could be stored.

As technology began to develop, the size of the floppy disk also decreased. There are 3 types of floppy disk sizes – 8 inches, 5.5 inches, and 3.5 inches.

Each new version of the floppy disk was able to store more data than its older version.

The 5.5-inch version of the floppy disk was invented in 1978 and was used as a storage device on desktop PCs of the time, such as the Apple IIe.

This version of the floppy disk was much more portable and durable than its older version. It was used in the backup of personal data and distribution of commercial software.

This 3.5-inch version of the floppy disk was used as a standard for the next decade.

A floppy disk is a thin, round, plastic device with a thin coating of a layer of ferric oxide or magnetic oxide.

The read-write head of the floppy disk works by changing the magnetic particles to store the data on the disk.

Floppy disks are organized in the form of tracks, each track has sectors and each sector is divided into bytes in which the data is stored.

Each side of a 3.5″ inch floppy disk has 80 tracks and each track consists of 18 sectors consisting of 512 bytes so that the data storage capacity of a 3.5-inch floppy disk is 1.44 MB.

The biggest feature of Floppy Disks was that they could be easily removed from the device, so it was used for distributing software, transferring data and files from one computer to another, and as a backup from hard disk.

But floppy disk is slow compared to hard disk and only a small amount of information can be stored in it.

Over time we were able to read/write data in floppy disk. At that time the following components were present in the floppy disk.

The read/write head is used to read and write data on both sides of the disk.

How were floppy disks used?

In early times, floppy disks were used to install backup storage devices and programs in computers because CD-ROM drives and USB-like devices were not there at that time.

Up to 1.44 MB of programs could be stored in a floppy disk, many floppy disks were used to store more data than this.

However, floppy disks began to be replaced by CD-ROMs in the late 1990s.

CDs or USB flash drives were gradually being used by people instead of floppy disks for backup and for distributing software.

Floppy disks of different sizes came into the market, which disappeared from the market due to not being used over time.

These floppy diskettes were generally widely used in PCs in the 1980s and ceased to be used in the early 1990s.

In the mid-1990s, zip drives arrived that were made by Iomega Corporation. The use of zip drives was very limited because they were expensive, they did not become very popular due to its expensive.

The storage capacity of floppy disks is very less, in this we cannot store high-resolution photos, music, videos, etc. However, despite these deficiencies of floppy disk, it also had some advantages which are as follows -:

One of the biggest advantages of floppy disks was that they were portable. 3.5-inch floppy disks were smaller than CDs. They did not require much space.

A floppy disk is a device made of a thin coating of ferric oxide or magnetic oxide on plastic to make it stronger.

Compared to CDs and DVDs, the disc is less likely to be scratched because it is surrounded by covers.

Its small size makes it quite portable. Through this, the user can easily move small size files from one place to another.

Floppy disks are lightweight and small size storage device. Their storage capacity was also less, so they were very useful for transferring small size files.

Since they are small in size, they can be easily carried from one place to another and they were also very easy to handle.

Floppy disks were much cheaper than the storage devices of that time.

The data stored in the floppy disk can be accessed in random order.

Floppy disk has the following weaknesses

The storage capacity of the floppy disk is very less, in which we can store a very small amount of data.

The storage capacity of the floppy disk was much less than the storage devices used in today’s modern computers.

Floppy disks provide less security than other storage devices, there is a risk of computer viruses, which also causes the files to become corrupt.

It is not a reliable storage device like a hard disk.

Plastic casings were used to make floppy disks, making them very delicate and flexible. If someone grabs it without proper care, it can break easily.

These days, all the computers that are coming in the market do not have space for floppy disk, so the use of floppy disk is almost over.

Q1. Who invented the floppy disk?

Q2. What is the floppy disk storage capacity?

If you still have any question or doubt related to Floppy disk, then ask me in the comment, I will answer all your questions and you can contact us for more information. 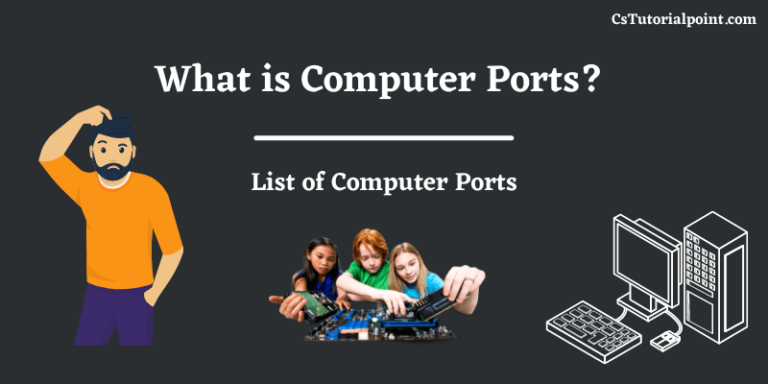 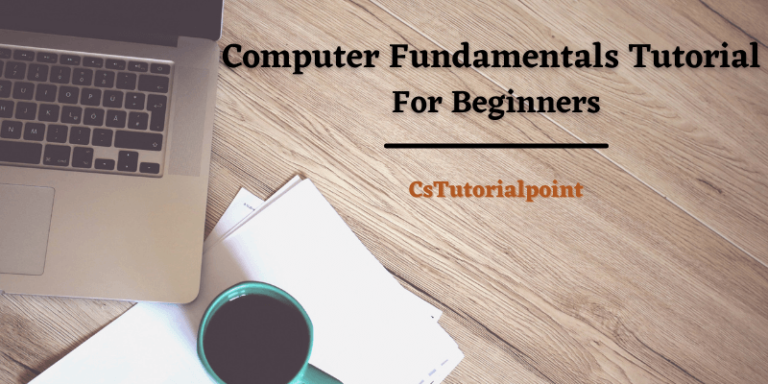 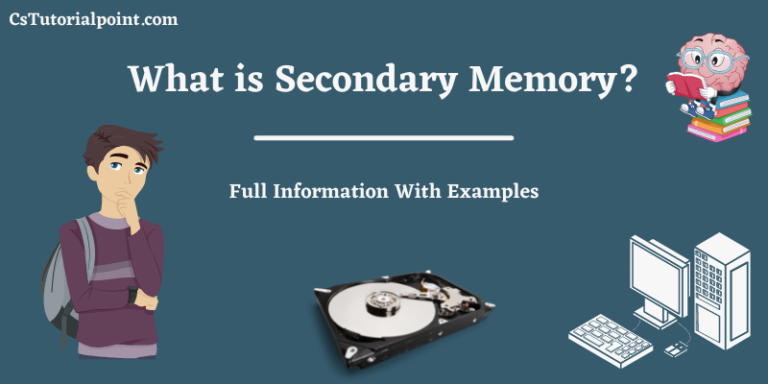 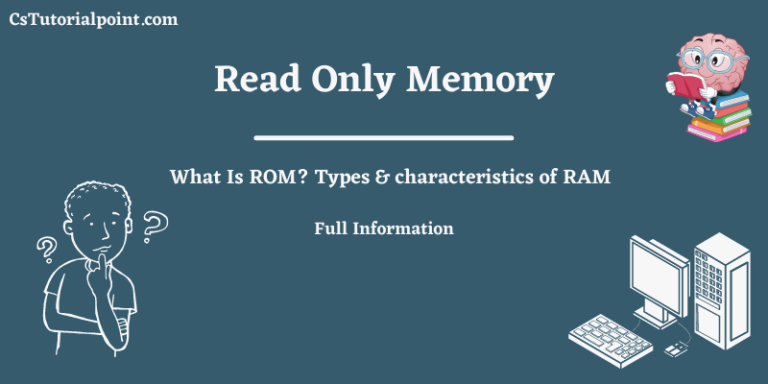 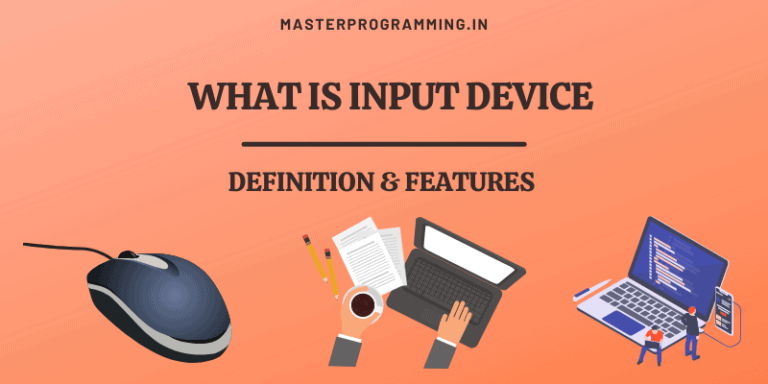 In this series of computer fundamentals, today we are going to talk about Input Devices of Computer. In this article,… 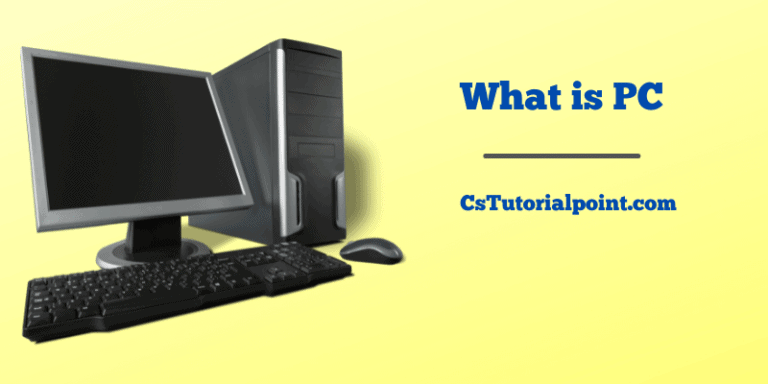